This early March trip was planned to be a trip to South Carolina to see Kings Creek Falls and Yellow Branch Falls. As it often happens, my original plan did not pan out, and a new story developed.

The first thing on the list was to get to South Carolina. Here, it was forecast to be close to 60 degrees and lots of sunshine, a perfect day to hike. With fresh rains, I felt the water would be very nice in the two falls chosen. The route I chose, included lots of driving along Highway 11 or the “Foothills” Highway. As I went along, I found access to a number of State Parks, including Caesars Head and Table Rock. There is a lot to do and explore down here. I tried to stay focused and reach my destination , but I kept coming accross neat places that required stopping. I had seen Wildcat Branch Falls on the Internet, but knew nothing as to its location, and was not looking for it. It just happened to be on my route. I saw it, and had to turn around for a closer inspection.

This was a beautiful roadside 3 tiered waterfall with a place to park and a nice trail to match. It was amazing how much this reminded me of Waterfalls Park in Newland, NC, another 3 tiered waterfall, roadside, made into a nice park like place to visit. I looked, took some photos, then began hiking the trail. The only problem was I knew nothing about the trail, how long it was, where it went , or any details. No map, or cell phone connection meant that I would have to research this, and plan a return trip. Before I turned around, I did see some nice ruins of an old house.

After my short visit, off I went. It wasn’t long that I saw a pull off for a place called Long Shoals. I could hear lots of rushing water, oh what should I do?? Of course I had to investigate. It was a beautiful setting on Little Eastatoe Creek, with a long cascade, not a steep one though. The gorgeous large pools below the cascades, and tons of bedrock made it a beautiful place. There were some people fishing below me in the second pool, I tried not to disturb them.

After this, I took off again. After taking a right onto hwy 130, I was now heading due north. The great state of North Carolina and Whitewater Falls were only a few miles away. Whitewater Falls was not on the menu today, but coming from the South side, I knew Lower Whitwater Falls was close by. Lower Whitewater Falls is a 200 ft fall that is just 2 miles or so downstream from its bigger brother, the more famous Upper Whitewater Falls. I had been meaning to check this waterfall out for a couple of years now. After a twisting ride up and down in the Duke Power pump project facility, well, today became the day to hike to Lower Whitewater Falls. I don’t know why I thought this would be a quick stop, but it wasn’t. Unlike the .25 miles needed to get to Upper Falls, this one requires a 2.4 mile hike, or 4.8 round trip.

Notice, from the beginning, this says 1.7 miles to Lower Whitewater Falls. Do not be fooled, it is 2.4.

Notice the sign above. The parking was 0.7 one direction while Lower Whitewater Falls was 1.7 the other direction. This helps validate the 2.4 miles I earlier described. After a short climb, then a rather steep descent to the Whitewater River , you will have to cross it. There are 2 bridges and a short stroll in the island. The large trees piled up about 3 times my height, showed me the power of this river, when Mother Nature provides a good soaking up here. I would not want to be in this spot at that moment.

After crossing the river, the blue blazed trail joins the white blazed Foothills Trail. This was quite a treat, I had been wanting to hike on this for awhile, today became that day as well.

The trail through the forest here is beautiful. The dark blue skies, and mild temps were very nice. The trail is a mix of footpaths, old logging roads and even a short spurt on a dirt road for vehicles. Just before joining this road, the path leaves the foothills trail for its descent down to the viewing platform for Lower Whitewater Falls.

And there I was, at the viewing platform all to myself, with the great Whitewater River in front of me, plunging over 200 feet straight down. This is where the sunshine becomes a detriment. While I loved it for the hiking experience, it needed to go behind some clouds for my picture session. After all, I drug my tripod and nice camera down for this. Well, the sun wasn’t going anywhere, so I had to do the best I could. I will now have to revisit this place on a guaranteed cloudy day for the photography part.

After the tiring return hike, it was getting close to 5 pm as I left. I knew that Upper Whitewater Falls was maybe 2 minutes up the road, and with a short 0.25 mile hike to the deck, it would be a perfect end to my day.

The darkness created by the sun being over the mountain created quite a challenge for me. I did not get the best photos possible here but I was tired, it was late and the steps leaving Whitewater Falls burned on this day. I was glad to call it a day, but what a great day it was! 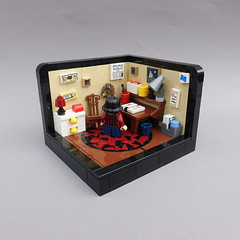